I’m often asked by my readers, “How do you come up with your ideas?” To which I chuckle and joke, “My mind is a scary place.”

Okay, so maybe I’m not joking. Not completely, anyway. But since I write cozy mysteries and suspense, both that contain “clean” romance, I think I’ll pass my mother’s inspection.

When asked “What’s a cozy mystery?” my answer is always, “Something you would be comfortable with your grandmother reading. Think Jessica Fletcher in Murder She Wrote.” That usually does the trick. In fact, it was watching so many episodes of Murder She Wrote that made me fall in love with mysteries, though I don’t think they were coined “cozies” back then.

My cozy mystery series is set in small town Birch Haven, Minnesota, which is essentially its own character. The steady cast includes the protagonist, Melanie Hogan, who co-owns a hair salon with her best friend, Claire Davis. Enter Jack Dancy, the third musketeer with Melanie and Claire. Jack is a clothing and jewelry designer from Minneapolis. Add Rubie and the rest of the stylists who work in the salon, as well as Melanie’s grandmother, Nana, a retired nurse who raised Melanie since she was four years old, and Melanie’s go-to. Nana is modeled after my own grandmother who was my go-to. Most of Nana and Melanie’s chats occur around the kitchen table or when Nana is giving Melanie one of her famous cooking lessons. Each book includes one of Nana’s recipes at the end. In fact, Shear Madness, book one, includes two recipes. The cast is diverse in every way possible, which makes for fun interactions and endless story lines.

Birch Haven is a combination of two towns I’ve lived in, towns that hold a special place in my heart. Melanie’s lake house is fashioned after the house I grew up in. So when writing the books, I get to be back in those places again, which makes it fun and more intimate. When I read the newspaper, watch TV, or read a book, I will frequently ask myself, “So what if that happened in Birch Haven?” From there it takes on a life of its own.

As each day unfolds, it’s ripe with potential storylines. It’s a matter of training the mind to actively think like a writer rather than passively watch and listen. Just be careful what you say to another in the grocery line or waiting for a latte at Starbucks, because if a writer is within earshot, it could end up in a book. 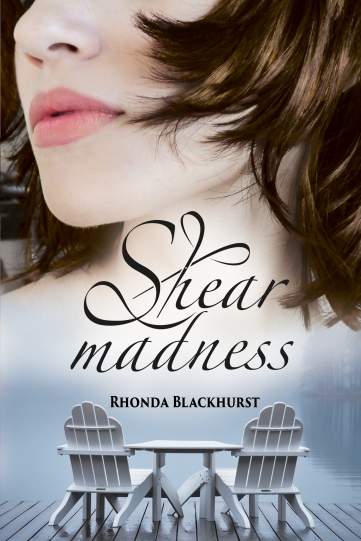 The series includes three books so far, Shear Madness, Shear Deception, and Shear Malice, which was just released on June 11th. Shear Murder is in the works and scheduled for a 2018 release. Stay tuned for more.

View all posts by Rhonda