I clearly remember the phone call I received from my 16-year-old son while I was nearing the end of a workday.  “Mom, I saw someone shot.  They aren’t moving.  Mom, there’s so much blood.” And the line went dead.

I attempted to call him back immediately, my fingers numb and not even feeling the number keys.  No answer.  The thought of praying escaped me while I was consumed with fear. 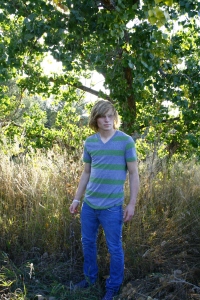 After calling 9-1-1 in a desperate attempt for answers, the dispatcher assured me my son was fine, to remain calm, and to keep calling him until he answered.

Calm?  Not a chance.  My adrenaline was speeding far too fast to slow down, much less be calm.

As I look back on that day, how he happened to be driving on a road at the very time two men were attempting to carjack several vehicles, the bullets that splayed past my son as the two suspects were shot by investigators, an officer stopping my son and telling him to call 9-1-1 while the officer kept his gun on the suspect, I realize God was in control.  Of that particular situation and of my son’s life.

And I am so thankful for his life and his health.  And for a God who protects and saves.

My son’s comment as he tried to process such a horrific scene as best a 16-year-old can, “It’s not like it is in video games.  There’s so much blood.”  And my response, “You’re right, son.  In life there are no do-over’s when it comes to death.  It’s for real.”

A hard lesson for a child.

I remember the phone call I received two years later about my other son, then 17 years old, as I had just gotten settled in the stands to watch a Colorado Rockies baseball game.

“Ben had an accident at the pool.  He’s okay but they’re taking him to the hospital with a head injury.”

“He’s okay” and “head injury” in the same sentence created sparks of conflict in my mind.  Besides that, he was a lifeguard.  How could he have an accident? I tried to reason without success.

On a 30-minute car ride to the hospital that felt more like 3 hours, I arrived in time for tests to reveal it was more serious than they had thought.  He had brain bleeding and two neck fractures.  He was whisked off to a trauma hospital with me not a half of a step behind him, jumping in the ambulance beside him and the paramedic.

The neurologist’s words, “A person normally doesn’t live from such an injury, much less walk again. You’re very lucky.”  And my whispered words, “God has a plan for your life, son.”

I wasted too much time feeling sorry for myself, horrified by all of the “what-if” scenarios my mind circled around;  time wasted that I could–and should–have been praising Him for His presence.  For not “almost” taking my boys from me, but completely shielding them from real harm. For giving them protection and life.  Twice.

God gave me my boys not once, but twice.  He gave His own Son so that I may have mine forever.  Thankful?  Words cannot even begin to express.

Here’s to a heart of gratitude from a parent for the lives of her children to the ultimate Parent of all.