Last April I participated in the A to Z Blogging Challenge,  and this year I’ve decided to head to Camp for the month of April. Camp NaNoWriMo. I will still be reading the blog posts of those participating in the challenge, however, and I encourage others to as well. There are such amazing themes by such creative minds, and it’s fun to be part of that community in any way I can. After all, supporting each other is what the blogging community is all about.

The past couple of weeks I’ve allowed myself to become somewhat lazy–okay, very lazy–in the writing department. I finished the 2nd edit of my mystery, Shear Madness, and along with it came the whole self-doubt crash. While it’s something every writer experiences, it’s hard to remember that while in the thick of it. So I’ve decided to let my manuscript cool a couple of weeks before beginning the next edit.

I’ve been wanting to write some short stories for a long time now, something I haven’t written for many, many years (we won’t say exactly how many 🙂 ) I’ve jotted ideas, plots, etc, but have continually put off the actual writing part. Until now.

For April’s Camp NaNo I’m going to let my hair down–or pull it up in a pony tail–and let loose the words to short stories I’ve been thinking about. I’m going to actually write them on paper–or computer–and have fun doing it. I’ve got my notebook, colored gel pens, computer, Camp NaNo coffee mug, my lantern, and the ingredients for s’mores set and ready to go. Heck, maybe I’ll even pull out a sleeping bag. 🙂 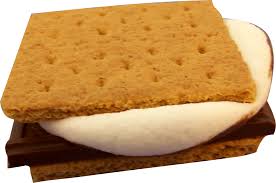 It’s not too late if anyone wants to join in the camping experience. It’s among the most fun campgrounds I’ve ever camped. And rather than getting wet by rain showers, we get productive with word showers. That being said, it’s not necessary to commit to 50,000 words as is the case in November’s NaNoWriMo, but rather you set your own word count. While mine’s not set at 50,000 due to April being a busy month, I still set it high enough to challenge and stretch myself as a writer.

So–if anyone wants to join and has questions, head on over to the Camp NaNo website, or simply ask me in the comments section. I would love to help anyone get going on setting up a project. The more the merrier in this camping experience. And it’s one you’ll find yourself looking forward to every year. It’s too late to plan it at this point you say? No worries–and no excuses–there’s another Camp NaNo in July. 🙂

See you at Camp!