April is an exceptionally busy month in the world of criminal law. Not only does it hold National Crime Victims’ Rights Week, but it’s also Sexual Assault Awareness Month and National Child Abuse Prevention Month. So for those of us who work in the criminal law arena, by the end of April, we’re all pretty much running on fumes. There’s not another month quite so exhausting, nor quite so satisfying and fulfilling. In fact, during that month, as difficult as it is, I’m pretty darn proud to be doing the work that I do.

The following two examples, while you may think to be a little silly, demonstrate how victim blaming happens:

Example #2: You’re in a diner having coffee with a friend and engaged in good conversation. The waitress asks if you would like more coffee. You tell her, yes, you would like more. You proceed to engage in conversation with her while she pours the coffee until it’s overflowing, dumping scalding hot coffee all over your lap. You jump up and complain, but the manager says, “I’m sorry, but you weren’t clear enough on when you wanted her to stop.”

Example #2 is not so far-fetched. Say a man or woman (yes, men can be sexually assaulted, too) gets carried away in the heat of the moment and their potentially willing partner changed his/her mind “mid-stream” and says, “NO, STOP”, whether verbally or non-verbally. Aggressors on many occasions have said it was too late–they couldn’t stop. Hmmm…If the pair are teenagers and the victim’s parents walk through the door, I bet the perpetrator would be able to stop in a hurry! Or if the victim’s six-foot-seven football star husband comes home unexpected, I bet activity would stop immediately and one of the two would make a beeline out the nearest window!

Denim Day (which is today) is a campaign that began after an Italian Supreme Court ruling overturned a rape conviction when the justices decided that since the victim’s jeans were tight she had to have helped the rapist remove them, implying consent. The next day Italian Parliament women went to work wearing jeans in support of the victim. Our office gives us the option to wear jeans every year on Denim Day. You can bet I have–and will continue to–wear mine loud and proud. 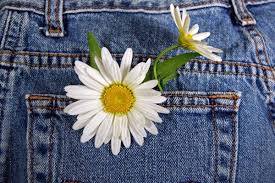 From one who has been a victim of sexual assault and who works with victims of crime, I believe we can change the way society sees the big picture and to put the responsibility on the perpetrator instead of the blame on the victim. I truly believe we can! And as survivors of crime, we can rise above what has happened. Tragedy doesn’t have to beat us down or define us, but instead we can use it to shape and change the world in which we live. As a society, let’s change how we view crime and stop victim blaming. Change begins with just one. Won’t you be that one?

I am only one, but I am one. I cannot do everything, but I can do something. And I will not let what I cannot do interfere with what I can do. –Edward Everett Hale

And now I’m back off to Camp for the final burst of energy, finishing off Camp NaNo strong. See you on the other side.

2 thoughts on “Change Begins with One”