We will open the book. Its pages are blank. We are going to put words on them ourselves. The book is called Opportunity and its first chapter is New Year’s Day.      -Edith Lovejoy Pierce

We spend January 1st walking through our lives, room by room, drawing up a list of work to be done, cracks to be patched. Maybe this year, to balance the list, we ought to walk through the rooms of our lives … not looking for flaws but for potential. -Ellen Goodman

Wishing everyone a Merry Christmas! Cherish your time spent with family and friends!

The spirit of Christmas is the spirit of love and of generosity and of goodness. It illuminates the picture window of the soul, and we look out upon the world’s busy life and become more interested in people than in things.  -Thomas S. Monson

One of the most glorious messes in the world is the mess created in the living room on Christmas day. Don’t clean it up too quickly.  -Andy Rooney 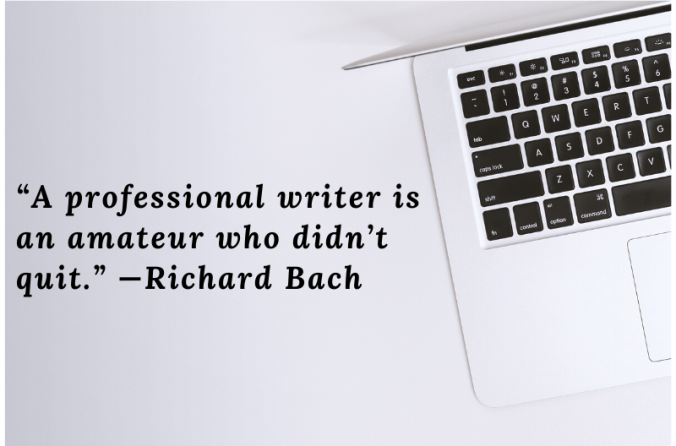 We’re now well into the third week of NaNoWriMo and I’m still hanging on by a thread. Life took some twists and turns the past week and I was barely squeaking in my word count. But what’s most important is I am hanging in there. I’m nothing if not stubborn and determined. Haha!

I even managed to squeeze in some outside fun with a 3-hour writing class with Northern Colorado Writers where I met some other NaNoWriMo participants. We’re in a Facebook group, but meeting them in person was fantastic and motivating! I left the class feeling energized and ready to roll for another week. I also had a table set up at a local holiday craft fair. Over 80 vendors, Christmas lights and music, high spirits, and a coffee bar on the premises. It certainly doesn’t get any better than that! It was a huge success!

And now it’s off to get in some more words on my work-in-progress. Next week we NaNo-ers will be sliding into the finishing streak. Wishing you all a beautiful week!

Because of you, we have our freedom and blessings far beyond anything we’d have without you. Thank you from the bottom of my heart.

The willingness of America’s veterans to sacrifice for our country has earned them our lasting gratitude. -Jeff Miller

Behold, a virgin shall be with child, and shall bring forth a son, and they shall call his name Emmanuel, which being interpreted is, God with us. –Matthew 1:23

Every year our city has a Parade of Lights during the holiday season. It was 30 degrees here in Denver, but the turnout was incredible! Despite my hands shaking from the cold, here are some of the highlights:

The color guard starting off the parade.

North Elementary School, one of the category winners.

Of course, you have to have the police car complete with sirens for the kids. 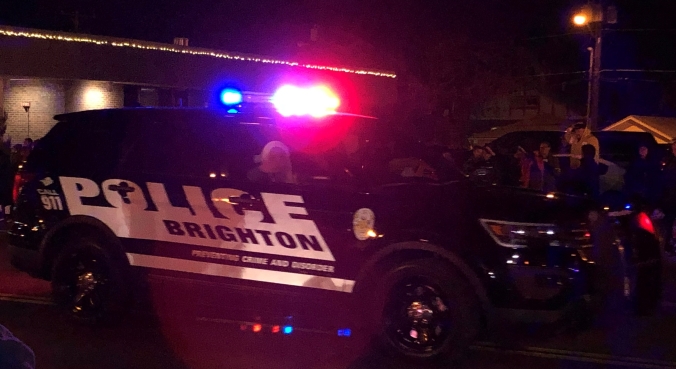 Followed by the fire engine, again with sirens, much to the kids’ delight.

Dancers from the city’s dance studio.

The Brighton City Council float. My husband, one of the council members, was walking and handing out candy canes.

And, of course, every Coloradans favorite, the Denver Bronco bus. 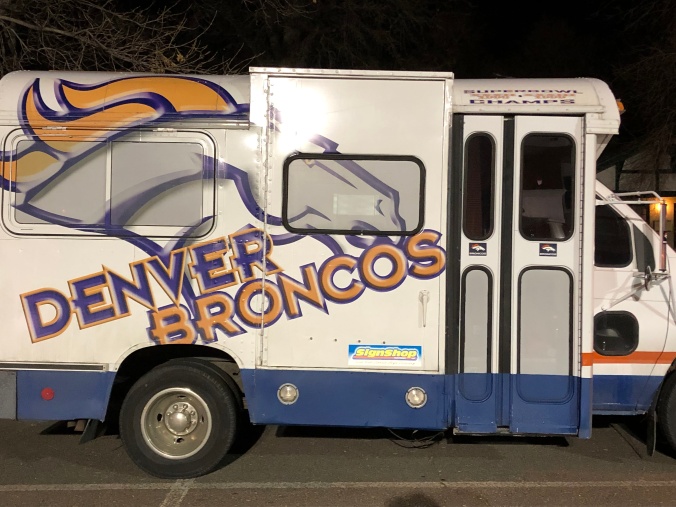 The parade, with vendors selling all kinds of things that light up, as well as hot dogs, funnel cakes, hot chocolate, and music, is the perfect addition to the holidays!

Last weekend I participated in the Harvest Craft Fair in my hometown. I look forward to it months in advance and am usually a bit bummed when it’s over. Anticipation hangover. The craft fair signals the start of the holiday season with lights, music, and community. My favorite parts of the holidays. 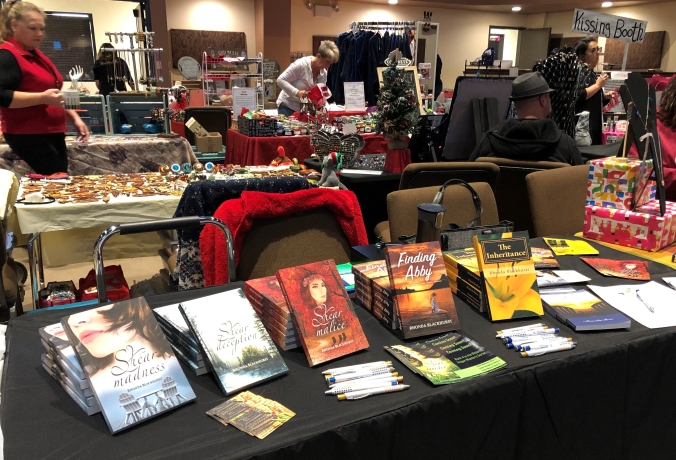 Each year I have one or two new books to add to my table. If I stay the course I’ll need to add another table. 🙂 The turnout, both vendors and shoppers/browsers, was the largest yet.

The holiday season is a perfect time to reflect on our blessings and seek out ways to make life better for those around us.
~ Terri Marshall

The rest of my week, and the weeks to come, are more centered around these books:

For most people, it would be frightening to see these books on someone’s shelves. For mystery writers they couldn’t be more normal. And helpful!

And with that, short and sweet as it was, I’m headed back over to Birch Haven, Minnesota, the home of Melanie Hogan, to finish up NaNoWriMo strong.

November is shaping up to be a busy month in my writing life. And I couldn’t be more thrilled. There’s something about fall (and November is still fall, although late stages) and the  holidays that follow, that brings renewed energy and enthusiasm. And when anything having to do with writing gets thrown in the mix…well, it’s the perfect recipe.

For me the moral of the story is this: A rough draft is best written in the steam-cooker of an already busy life.  Chris Baty, Founder of National Novel Writing Month.

I’ve decided in the 11th hour to participate in National Novel Writing Month (NaNoWriMo). Since I discovered Camp NaNoWriMo a few years ago and fell in love with it, I let NaNoWriMo fall to the wayside. Until this year. The differences between the two?

Camp NaNoWriMo: Takes place in April and July; campers are in virtual cabins with people who cheer each other on; we have virtual bonfires, s’mores, and all things camping; campers set their own goals, whether it’s word count, page count, hours/minutes; and there’s the opportunity to choose what to write–a new project, short stories, poetry, revisions on an already-written piece, etc. It’s flexible, a bit more relaxed, and so much fun!

NaNoWriMo: Takes place in November when the weather usually isn’t quite as nice so it allows for more writing time, not to mention the holiday weekends giving those of us with day jobs a couple of extra days off; the goal is 50,000 words in 30 days so one’s social life is pretty much put on hold for the month; the project? A new novel. Not one that’s already started, but a fresh, new novel waiting to be written, and will be written (at least the first 50,000 words of it) by November 30th at midnight. NaNoWriMo is much more intense than Camp, but the level of enthusiasm from the thousands and thousands of participants around the world, is infectious. The extra time spent in my home office–one of my favorite places to be, the sense of community, and the feeling of success, whether you’ve reached the 50,000 word goal or not, is an experience you’ll never regret. So this year, it’s on! I’ll be creating the first draft of book five, Shear Fear, in my Melanie Hogan Mystery Series.

The biggest thing separating people from their artistic ambitions is not a lack of talent. It’s the lack of a deadline.  Chris Baty, Founder of National Novel Writing Month

In addition to NaNoWriMo, the audio book of Shear Madness, book one in the Melanie Hogan Mysteries will be released. I’ve finally gotten on the audio book train. Better late than never. And I really enjoy my narrator with ACX, Shelby Forbes. Shear Deception and Shear Malice will be soon to follow. Book four, Shear Murder, is due back from my copy editor any day with a release soon to follow. 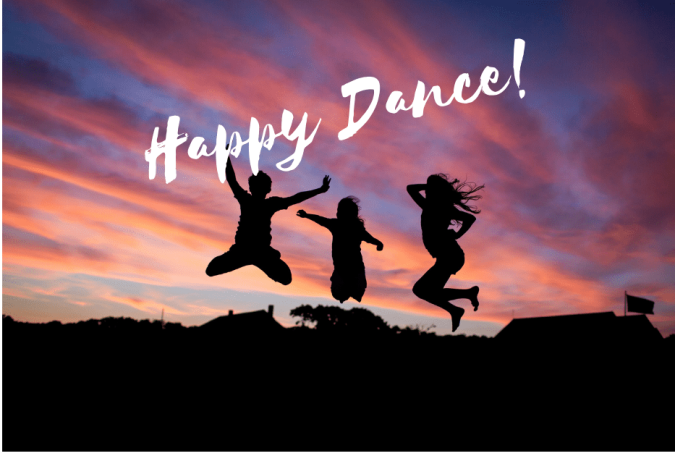 And last, but not least, is the Harvest Fellowship Church Craft Fair on Saturday, November 17th. I participate in it each year, usually do pretty well, but more importantly have fantastic time with all of the vendors and the buyers. It’s a time to get in the holiday spirit, begin my Christmas shopping by supporting local businesses (in between people shopping at my booth), and to just have fun.

What does your November bring?

Annnndddd…Have a happy and SAFE Halloween! 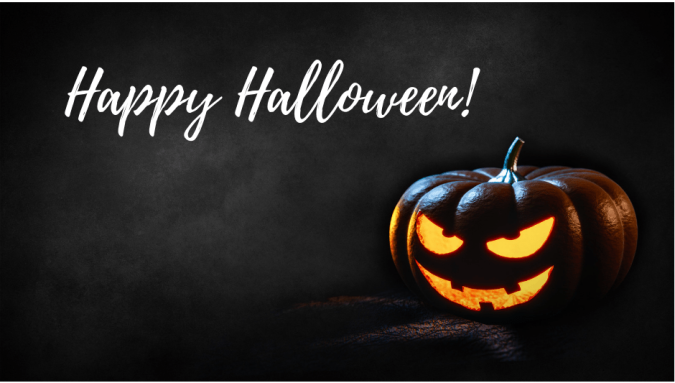 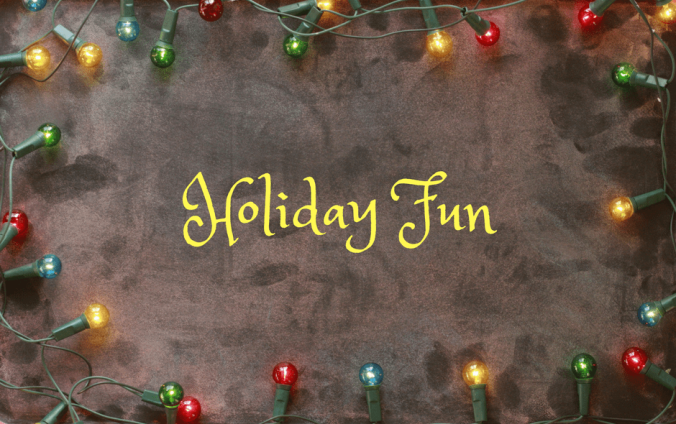 I participated in a craft and vendor show this past weekend at Harvest Fellowship Church, manning a table with my books. A writer friend of mine was there as well, her table next to mine. I’d been waiting a long time for this event, as it always promises to be a wonderful time and sets the mood for the beginning of the holiday season, including Christmas.

Christmas? you say? But it’s not even Thanksgiving yet!

Yes, I know. I, too, am not a fan of stores displaying their Christmas merchandise before Thanksgiving. It seems to be getting earlier every year, to the point that one of these days it will probably be in the stores year-round.

However, that being said, Christmas means different things to different people. For the world of retail it means money. It means starting sales as early as possible, taking advantage of the marketing opportunity to make as much money as possible. Christmas music pipes through the speakers in department stores, subconsciously inspiring people to buy, buy, buy.

For others, me included, celebrating the Christmas season in combination with Thanksgiving means something entirely different. I don’t believe it can ever be too early to celebrate the birth of Christ. To begin preparing our hearts for the coming of the Savior. Thanksgiving isn’t only about remembering the Pilgrims, it’s about giving thanks to God for the thousands of blessings he gives me.

On October 3, 1863, in the third fall of the Civil War, President Lincoln issued a proclamation:
I do therefore invite my fellow citizens in every part of the United States, …, to set apart and observe the last Thursday of November next, as a day of Thanksgiving and Praise to our beneficent Father who dwelleth in the Heavens. And I recommend to them that while offering up the ascriptions justly due to Him …

Giving thanks to the Father for the birth of His Son fits in nicely here. It’s never too early for that. So bring on the Thanksgiving holiday, complete with turkey, pumpkin pie, family, and football, while at the same time preparing my heart for the birth of Christ. And Christmas lights and music? When the heart is focused on Him, Christmas music isn’t about buying, it soothes and helps prepare. And lights? Who doesn’t love the beauty of lights.

Enjoy this holiday season, the entire season, for all it’s worth.

Wishing you a most blessed Thanksgiving to you and yours. 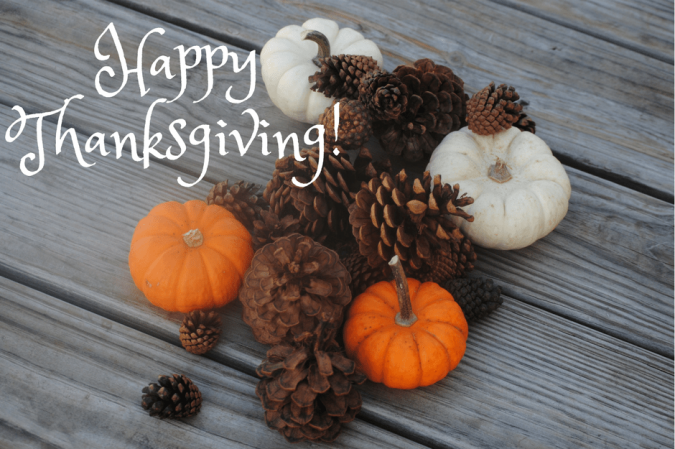 Thanksgiving Day is a jewel, to set in the hearts of honest men; but be careful that you do not take the day, and leave out the gratitude. – E.P. Powell

Two quotes struck me as so profound today that I couldn’t choose between them…therefore, both follow:

“How many observe Christ’s birthday! How few, His precepts!”
― Benjamin Franklin